EVERETT, WA (SatireWire.com) — Latching onto the meatless craze sweeping America, Boeing today announced that all of its aircraft will be entirely constructed of non-meat products. Boeing stock soared on the news.

“By dedicating ourselves to non-animal-based construction materials, we will create safe and responsible aircraft that solve four growing issues attributed to livestock production: human health, climate change, natural resource depletion, and animal welfare,” said Boeing CEO Dennis Muilenburg. “Alternative, non-meat aircraft are the future, and I promise you, from this day forward, we will never use any meat to build our airplanes.”
The world’s largest aircraft maker, Boeing has been mired in a regulatory and public relations nightmare after two of its 737 Max jets crashed earlier this year, killing everyone on board. The company’s sudden focus on meatless construction was met with surprise and skepticism at a contentious press conference:
REPORTER: So, you’re not going to make your aircraft out of meat. Does that mean they’ll be plant-based?
MUILENBURG: Don’t be stupid. You can’t make a plane from soybeans. The point is, the planes won’t be made of meat. It’s simple.
REPORTER: They’ll be made of steel and carbon fiber, like always?
MUILENBURG: An FDA ingredients label will be posted by the exit door showing our passengers that Boeing aircraft are 100 percent meat free. Also no GMOs. And no transfats!
REPORTER: So… it’s the same plane.
MUILENBURG: You’re not listening! Think of the chickens. Free, happy chickens able to live full, land-based lives, and all thanks to Boeing!
REPORTER: But you’ve never made airplanes out of meat.
MUILENBURG: If you’re saying, ‘Has Boeing always led the way in animal rights?’ then guilty as charged.
REPORTER: No, we’re saying your planes aren’t going to be different. This seems like maybe a PR stunt to boost your stock price and make us forget about the 737 Max.
MUILENBURG: Oh please, people are still complaining about the 737 Max?
REPORTER: Well, not the people who were on them…
MUILENBURG: Because I’ll tell you who’s not complaining: the cows! They’re not complaining. The pigs! They’re not complaining. And the chickens! Think of the chickens! Free, happy chickens able to lead…
Despite the confusion, analysts were cautiously optimistic.
“I would say Boeing is kind of ignoring the big issues, but then again, consumers are really clamoring for alternative products like Beyond Meat, so a non-meat fuselage makes sense, I guess,” said industry analyst Niles Folkstone of IMLA. “I don’t know how I feel about their new slogan – “It’s Not Meat. It’s Boeing.” – but it does show they are listening to the public, which is kind of new.”
At Chicago’s O’Hare Airport, passengers were also positive.
“Oh yes, I’d much rather fly in a plane that’s not made of meat,” said Polly Carnell of Charlotte, NC. “Imagine how many animals’ lives are saved by not building a fuselage from cows. I mean, if that’s what they were doing. Wait, is that what they were doing?”
PETA director Glanna Hedley, meanwhile, said she applauded Boeing for embracing the idea that, “animals should not be eaten, and they should not be flown in.”
“I think Boeing has set a standard, and I now call on Apple to make non-meat computers, I call on Samsung to make non-meat televisions, and I call on Tesla to make, not just electric cars, but meatless electric cars,” Hedly declared. “It may not happen in my lifetime, or your lifetime, but if we all work together, I believe these things will happen someday.”
However, Dirk Woodley, a spokesman for the National Cattlemen’s Association, said Boeing had all but declared war on the country’s livestock producers.
“So Boeing says they’re not gonna make planes from meat, huh? That’s bullshit,” Woodley fumed. “American livestock is the best in the world, and I guarantee you it would make for one helluva great airplane. But hey, screw Boeing. From now on, we’ll be selling our meats to Airbus!”
An Airbus spokesman said that will not happen.
© 2019 SatireWire.com 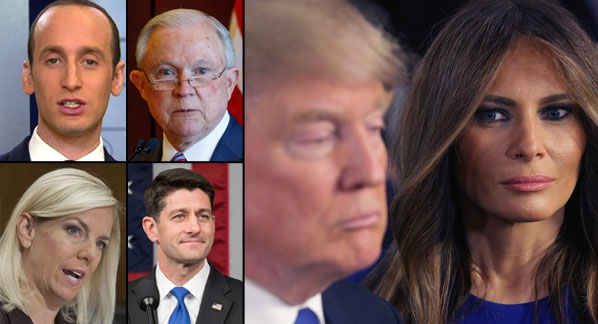