Skip to content
Home International SCOTS VOTE TO STAY IN UK; “YES” VOTERS TO BE HANGED AS REBELS

LONDON (SatireWire.com) — Declaring the rebels “will pay with their lives,” Queen Elizabeth II today revealed Thursday’s vote on Scottish independence was an elaborate ruse meant to root out Scottish radicals, whose public “Yes” votes will now condemn them to death.
In the referendum, 55 percent of Scots voted to remain part of the United Kingdom, while 45 percent voted for independence.
“We are pleased that the majority of our Scottish subjects have chosen to respect our great union, and We shall do all We can to continue to earn their loyalty,” said the Queen. “As for the rest, kill them. Kill them all.”
Prime Minister David Cameron, meanwhile, said the “Yes” votes were a decision Scots would, “once again, regret.”
“As we have throughout history – from Falkirk to William Wallace to the failed Jacobite Risings – Great Britain will always deal harshly with those who would seek to threaten the unity of our realm,” said Cameron. “One would think these traitors would learn, but the Scots are a stubborn lot, little more than animals, if truth be told, and now they will pay for their impudence.”

Over the next several weeks, Cameron said British troops will round up the 1.6 million Scots who voted “Yes,” most of whom will be put on trial for sedition and hanged. Those who confess their crimes and swear fealty to the Crown will be shown lenience in the form of a quicker death-by-beheading. To drive home the pointlessness of resistance, family members of the guilty will be transported to England’s penal colonies in Australia and the West Indies.
The vote on independence was scheduled two years ago when the Queen, tired of the “bleating Scots,” devised a scheme to end secessionist talk once and for all.
“We set a trap for them, much as they did for us at the Battle of Bannickburn,” said Her Majesty. “It worked just as We planned. Our enemy is defeated. Britain is victorious. God save Me.”
The Queen went on to declare that those who proved their loyalty by voting “No” in the balloting will divide up the lands and assets of the condemned. In the House of Lords, meanwhile, rebel sympathizers will be replaced by royalists, who will also claim the ancient right of ius primae noctis, or “First Night,” allowing them to bed Scottish brides on their wedding nights.
In addition, several high-profile “Yes” voters will be made to suffer publicly, including Scottish tennis star Andy Murray, who will be stripped of his Wimbledon title and flogged, and musicians Charlie and Craig Reid of The Proclaimers, who will be forced to walk 500 miles before their decapitations.
But the greatest punishment will be meted out to Scottish First Minister Alex Salmond, the professed ringleader of the secessionist movement.
“The traitor Salmond has committed high treason against Our person and would rob Us of Our rightful sovereignty,” said the Queen. “Therefore, he will be hanged by the neck, cut down while still alive, disemboweled, have his entrails burned before his eyes, and then beheaded and quartered.
“We are most displeased with that one,” she added.
© 2014 SatireWire.com 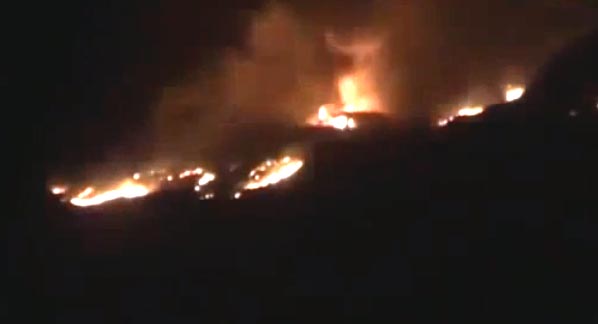